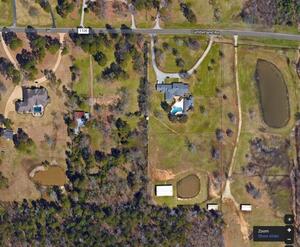 These days, that’s a loaded question.  The toxic stew of ignorance and malice that occasionally accompanies it can turn it into a weapon.  But it can also be asked with curiosity, respect, and a desire for connection.   I’ve been asked “Where are you from?” more times than I can count, usually with kindness and curiosity.  I’ve never had a good answer, and I’ve finally turned to saying,”That’s an essay question.  Got some time?”

I moved around a lot growing up.  I was born in Caripito, a medium-sized town in the northeastern part of Venezuela.  My earliest memories are of Tia Juana, a little town on the eastern shore of lake Maracaibo (in western Venezuela).  The subsequent places I lived form an odd, far-flung list:
Tyler, Texas
The Hague, the Netherlands
Stavanger, Norway
London, England
Stavanger, Norway again!
Los Angeles, CA
then, New York City

Dad worked for an oil company, on a middle-management track.  Where they sent him, he went, with the whole family in tow.   The last two destinations - Los Angeles and New York - were my choice.  After 30 years in New York City, I’m comfortable saying I’m a (naturalized!) New Yorker.  But old-school Noo Yawkers still ask, “Where are you from?” because it’s obvious I wasn’t born and raised here.  (Some even ask, “What ARE you?” - a question I didn’t know how to answer, til I realized I was being asked about my ethnicity.  That’s an essay question too, for another time. :-)  And sometimes, I even ask where someone else is from, out of genuine curiosity.  But it’s not my first question, or even my 30th question.  It comes up much further into the relationship, once there’s a connection, rapport, trust.

I recently went on Google maps, and did a street view search of the houses I used to live in.  Some, like our old house in Texas, aren’t there anymore.  I think the others might still be there - but Google positions most of them just around a corner, out of the line of sight.  It’s a good metaphor, isn’t it?  You can’t ever really see your old home, because it’s not your home anymore.

These are questions about belonging.  Where do you call home?  What’s your tribe?  These aren’t inherently bad questions.  Like lots of things, they can be used for malign purposes - to divide and exclude people - or to establish connection.   As a person who grew up without a tribe and without a place to call home, I have an outsider’s perspective on belonging.  For me, belonging isn’t ethnic or geographic.  It’s about connections of the heart.  I was welcomed into a wonderful, close-knit family here in New York.  I belong to some chosen tribes, including musical communities that span continents.   I don’t think anyone’s wrong to believe tribe and hometown matter.  But me, I look for other points of connection, other ways of affirming each others’ humanity - through music, creativity, values, or anything else.