Improvisation for Music and Life 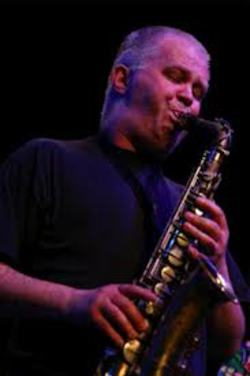 Improvisation for Music and Life

When I was a senior in high school, in Stavanger, Norway, I was listening to a lot of jazz, and learning to play the tenor sax.  In search of a teacher, I answered an ad on a bulletin board in our local library.  I went expecting highly structured jazz instruction - scales, arpeggios, learning to play through chord changes.  Instead, what I learned was totally unexpected.  As I soon found out, my teacher, Frode Gjerstad, played avant-garde jazz that was entirely improvised!  He taught me skills appropriate to improvisational music, through musical games that all involved listening and responding according to a set of rules (a bit like theatre games, only with a saxophone).  I learned that musical improvisation could be structured by a wide world of concepts having nothing to do with scales, chord changes or song structure.  Frode radically expanded my sense of possibility.

I didn't learn very much about playing the saxophone, and I remained a pretty poor horn player, eventually abandoning sax and returning to my first love, the guitar, a few years later.   I also never stopped playing more structured, conventional music.  Yet I was profoundly shaped by my time studying improvisation with Frode.  I learned skills that I incorporate every day, decades later, in my music and in life:  listening intently and without preconceptions, taking risks, being in the moment, playing from the heart, working and playing well with others.   Frode helped me see that life itself is improvisational - and it is free improvisation, much like spontaneous music, with mistakes, surprises, and fleeting beauty, always full of the unexpected, unforeseeable, and unknowable.

Theatre Games:  Improv Encyclopedia  http://improvencyclopedia.org/games/index.html
40 Classic Drama Games https://www.dramanotebook.com/drama-games/
================
Two news flashes:
-The new Brother Sun CD will come out a little later, in late March.  We're just getting it right. :-)
-And it has a title:  "Some Part of the Truth."
================
Ears and Eyes:  What I'm Listening to and Reading
"The Collected Poems of W.B. Yeats," http://tinyurl.com/b3gfrsf
Colin Woodard, "American Nations:  A History of the Eleven Regional Cultures of North America."  http://tinyurl.com/ayb4vqx